You are here: Home / Blog / How I was fired over a pair of pants

It’s Sunday, 8:30 am, two weeks before Christmas, in 2008. I’ve spent the past 2 hours in my driveway waiting for my roommate to leave for work so I could grab my uniform. She never came out, and I had forgotten my keys inside. Again.

In the 24 hours previous, I had been in a car accident, endured a power outage and one of the worst ice storms New England. I’m tired, I’m cold, and desperately in need of a warm shower. Washing my hair in the gas station bathroom sink was getting really old.

I’m an “electronics expert” for one of the largest retail corporations in the country.

I arrive to work 10 minutes earlier than I am scheduled. I use the walkie talkie to call for someone to open the front door. The manager on duty opens the front door, I explain why I’m not in uniform and ask to grab some clothes off the floor, that I know it’s not store policy, but I’ll return them when I’m done.

His response “Sure, that sounds fine. By the way, we have Wii’s”

I find a pair of corduroys that fit well, a sweater that makes me look professional. I transfer the contents of my pockets, sign out my keys, grab my walkie talkie, and go to work.

Today is an exceptional day, I was on fire! I upsell about $150 worth of Wii accessories and games per transaction as well as sign two cell phone contracts. I’m pretty sure this outfit is responsible for my success. They say “when you look good, you feel good, and when you feel good, you perform better”, and this particular pairing of clothes is likely to contain magic. However rent is due soon, and my hourly wage demands that sacrifices have to be made. But it’s the Christmas season, and if I climb my way up the corporate ladder, surely one day I’ll be able to attribute it to this outfit.

At the end of my shift, I purchase the sweater and return the pants to service.

After clocking out, I return home, to a locked door, forgetting my keys were inside. I drive to my nearest friends house and detail the horrors of the previous two days. We decide that pizza is going to be the best way to alleviate the pains of the past couple days.

I reach into my right pocket to grab my phone to order the pizza.

Lighter, receipts, empty cigarette pack… Left pocket? Same story. Jacket? No dice. My friend had a phone, but due to the already 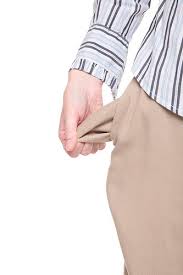 week long power outage, it had no charge. It dawned on me that I had left my phone in the pants.

We rob the couch and scrounge enough spare change to use the pay-phone at the grocery store down the street.

After explaining the situation to my co-worker, they had said they would hold on to my phone.

“Great I’ll be in within the hour to pick it up!”

Two weeks later, I am fired.

Now, I’m not really quite sure even to this day if I understand the decision to let me go.

When I asked the manager “Why?” he said “We know you didn’t steal anything, but it just looks sketchy” It  turned out the manager on duty the day I worked “didn’t recall having the conversation”

And that was it.

I didn’t get upset. In fact I saw it as an opportunity. A sign.

The only reason I had been working at jobs like this was because I had gotten burned on a few contracts early in my career.  But the truth is, in some fashion or another, I have been doing various forms of internet marketing since 2005.

The more I thought about it, being fired over a pair of pants seemed more like a wake up call than a reason to get upset.

In the next few weeks I had studied tirelessly to catch up on the internet’s evolution since the last time I had seriously worked in the field. A lot had changed between 2006 and 2008. It felt as though my head was going to explode trying to keep up.

And just when I thought my head was at capacity, a friend had invited me to go to a superbowl party with her.

I was apprehensive, but I went. I didn’t know anybody there, and the inevitable “what do you do” question was asked. Surprising myself, I told the story of the pants as though it were part of stand up routine. As a result was eventually referred out to Tom Biggins of Atlantis Technology that would  become my first client (though now I think he just did it out of good will ;-) and a source of inspiration.

Since then, I’ve been working for myself doing what I love.

I’ve gone from starting with nothing, to selling my services at a premium price, and now I teach others how they can do the same.

More recently, I’ve started a Youtube show about Online Marketing Strategy that uses humor and slick editing to breath life into what would normally be a dry subject matter.

Here’s a look at the first episode.

If you liked Episode 1, consider subscribing.

New episodes are released every Friday.

If you’re trying to get your business to the next level, please request a strategy session, I’d love to help you. In the time that’s passed, I’ve found myself working with many types of people, and we’ve achieved incredible things together.

Looking back, being fired over a pair of pants was the best thing that ever happened.